4 Mistakes Guaranteed to Get You Friend-Zoned

My friend K has been in the friend zone so long, he’s probably got an apartment in the Zone. Ever since they met as classmates in junior college, he’s carried a torch for her – one that’s gone on burning despite the two relationships she’s had since then.

She’s single now but instead of going in with guns blazing, declaring his undying love for her like he should have had all those years ago, his response has been to do … absolutely nothing.

“It’s been so long! And we’re like best friends now,” he explains.

“But you love her!” I practically yell.

“But I just don’t think she feels the same.”

I sigh and fall silent. Nobody likes being in the friend zone; dropping everything for a chance to meet her, staying up till 3 a.m. just to listen to her emotional rants, all the while knowing that she’ll never see you as anything more than a friend.

That sucks. A lot.

Every relationship requires mutual attraction and sometimes that just doesn’t happen. Still, not taking a chance is worse and while every guy hopes to avoid the friend zone, some aren’t even aware of the mistakes that are landing them there in the first place.

Here are the 4 mistakes you should try to avoid. 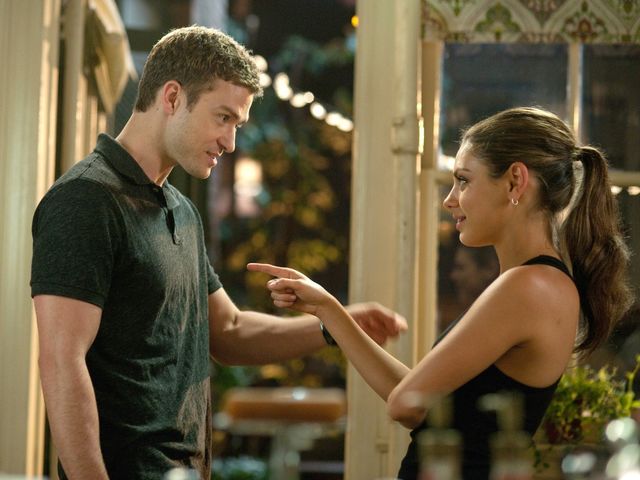 1. Not making your intentions clear

Believe it or not, girls are equally afraid of rejection. If you have dinner with her, text and call her, yet give off zero indication of romantic attraction, she’s going to think you’re not interested. Things like teasing her and subtly touching her indicate interest; if she feels the same she will respond accordingly.

The key is making sure that all your communication with her – verbal or otherwise – indicates that you’d like to take things a step beyond friendship. Don’t ask her if she wants to “grab dinner”. Friends do that. Instead say, “I would like to take you out for dinner. Are you free on Friday? I know a great place in town.” 2. Talking about other girls

You may think that talking about other girls will make her jealous but chances are, it’s not going to work. She may feel jealous, but unless you’ve communicated your interest in her, it’s unlikely she will act upon her jealousy and risk coming off as crazy. Worse still, talking about all the other girls in your life makes you seem conceited and to be honest, kind of douche-baggy.

If she genuinely is attracted to you, this behavior will likely give her pause. She might think that she’s just one of the many girls you’re trying to get close to and shut you down when you finally ask her out.

“You waited too long and now you’re in the friend zone,” Joey once told Ross on an episode of Friends. He has a point here. The longer you wait, the harder it is to get out of the friend zone. Why risk rocking the boat after 5 years when both of you have become such good friends? But real life isn’t Hollywood. She isn’t going to wake up one day to realize you’re the Prince Charming she’s been looking for her whole life. You need to act, and act fast. Which brings me to …

4. Being afraid of rejection

I’m not going to sugarcoat it. Being turned down is embarrassing and potentially devastating. But if you make your intentions clear and ask her out from the get go, what do you have to lose? If she says yes, you win. If she declines, then you’re free to invest your time and emotions in someone else who’d reciprocate in kind.

Sure, your ego may take a bruising. But apart from that, you have nothing to lose. However, if you choose instead to settle for being the guy always by her side, it’s going to be a lot harder to one day confess your feelings and risk losing her.

Who would you rather be: the guy who took his chances and asked the girl out or the guy who became the girl’s friend, always anxious and miserable, always hoping she’d one day discover his feelings?

Relationships are seldom simple. Two people may have had completely different intentions the whole time without even realising it. Or perhaps the time just isn’t right. The lucky ones who prevail go on to find their happy endings while others just need more luck. But to pass up the chance for a genuine emotional and physical connection because of fear or not wanting to challenge the status quo is both cowardly and silly. Nothing great ever came without risk and the same applies for love.

4 Reasons Why You Should Travel With Your Partner

Why Real Life Will Disappoint Die-Hard Romantics Every Single Time