But He’s Old Enough to Be Your Father!

By LunchClick 6 years ago1 Comment
Home  /  Dating Tips  /  But He’s Old Enough to Be Your Father!

Having been alive for a significant period of time means that you also begin to notice certain prejudices that often govern the way we choose who we date. Most girls insist that they will never date someone younger. These girls will sometimes compromise for a guy that’s maybe a year younger. Some will insist that they “only date older men”. While many will say that they only do so because older guys are more mature, what they don’t usually mention is that older usually also means someone with a well-paying job, someone who owns a car and someone who can bring them to nice places for dates. At the risk of sounding bitter, let’s dive into why this may not always be the smartest choice. 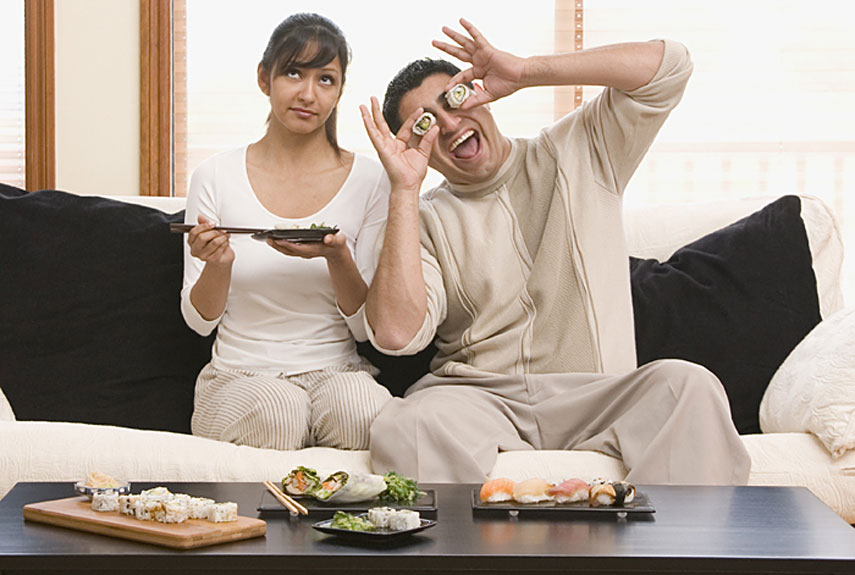 1. It’s not true that women mature faster than men do.

You heard me – It’s simply not true. Guys can be superficial because we’re bombarded by images of conventional beauty that we should be attracted to. Sometimes, this is all a guy sees. But I’ve met my fair share of immature girls too. Yes, I’m talking about 20-odd year olds who only want to café-hop, take selfies and have no interests beyond what bag to buy next or what shitty assignment they have to finish by the weekend. Real mature, yes? There are a lot of boring people out there, and this has nothing to do with gender.

2. It’s about how you handle situations, not about what interests you have in common.

We become who we are because of the things that happen to us (by choice or otherwise). Finding someone you want to date often has to do with making sure that these experiences align in some way, and that they have made you people with reasonably similar world views. Just because you like the look of each other and there are one or two things that you’re both really into doesn’t mean it’s going to work.

How then will you know if it will work? Look at how both of you deal with unfavourable circumstances, and see if you’re compatible in that area. In other words – will you both want to kill each other if you decide to go on a nice cruise holiday only to realise that the ship has started sinking? If no, date away! 3. Money should not be the most important thing he/she can offer.

Money is always nice. And so is stability. Let’s not pretend that isn’t true. But if that’s all you’re looking for, then chances are your interest is going to wane really quickly (as will his tolerance of your exploitation of his finances, in most situations). The best-case scenario is probably this: You both get used to it and you have a somewhat okay relationship that bounces back and forth between mediocre and mildly contented.

4. We’re not saying the micro-managing and condescension will happen, but it’s likely…

If he’s older and he’s paying for your stuff, some things are going to happen to you a lot. He’s always going to try to tell you what to do, he’ll talk down to you because he’s older, rich and successful, and very soon it’ll begin to feel like you’re not your own person anymore. Because being in such relationships have their perks, but they also mean you, as a young, aspiring adult with dreams and ambition, will have to give a lot of that up to keep his ego in place. If you’re lucky enough to find a great guy who’s rich, generous, successful, empathetic, indulgent, humble, nice to the waiter and great in the sack, then by all means go ahead.

5. Are you ready for all it entails?

Let’s imagine for a moment that age really didn’t matter. Imagine the possibilities! There are 7 billion human beings who walk this universe and of that number we only really know none percent of them. This means that if you open your mind and ditch your prejudices, there are a hell lot of pleasant surprises just waiting to be discovered. Everyone says that they’re looking for something different and unique in who they date. Do you really mean it or are you just saying it because you want people to look at you as someone who stands out from the flock?

Now of course we’re not saying that you should never date someone (significantly) older than you are. We’re just saying that it would be silly to limit your options simply because you think you have a type. It’s not uncommon for people to date according to how they aspire for their lives to turn out, and this inevitably leads to disappointment. So the next time you meet someone new, look in the mirror and be really honest with yourself about who you are and what you want before you jump to the conclusion that if he doesn’t certain very specific criteria on your checklist, you’re moving on.

Why Getting Into A Relationship Will Very Possibly Make You Chubby