“We got matched, we’ve met, and fell in love” 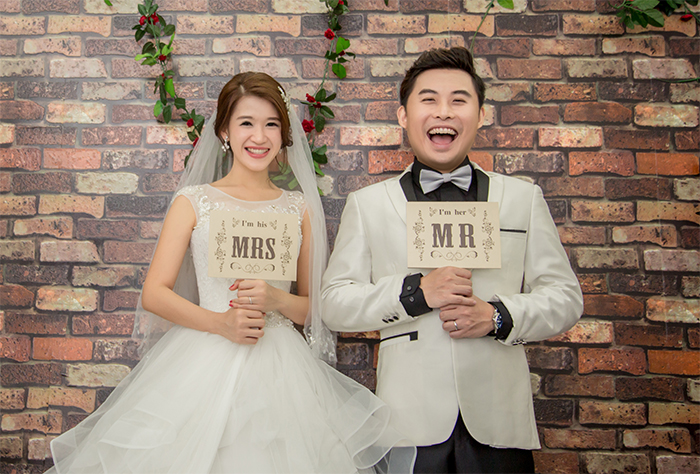 Kris and I met through LunchClick, and we had our first date on 11th July 2015. To my pleasant surprise, it was really easy to talk to her and the conversation didn’t feel awkward or stilted at all. We ended up talking for hours and hours at Paris Baguette, and I remember being excited that this could be a start to something very special.

Kris and I continued meeting up very frequently – at one point in time, we were meeting almost everyday, but still we couldn’t get enough of each other, because we really did enjoy each other’s company that much. It felt like we had endless things to talk about, and I knew that I definitely wanted something long-term with Kris, because you don’t come across a connection so strong and so special everyday. We officially got together at the end of July 2015.

I feel really thankful to have met Kris through LunchClick. We sometimes think about how coincidental it was that out of thousands and thousands of singles on the app, we received each other as matches, met, and fell in love. Our love story might not be conventional, like meeting in school, or through mutual friends, but I wouldn’t trade it for the world. Kris is truly one-of-a-kind, and it’s amazing how we’re on the same wavelength and how she laughs at my jokes (which, I’ll admit, are pretty lame).

Having found such a wonderful woman, I knew without a doubt that I want to spend the rest of my life with her, to have kids with her and to grow old with her. It was time to embark on the next stage of life with Kris, and with that in mind, I proposed to her on 22nd October 2015, and she accepted! It was truly one of the happiest moments of the both of our lives, to know that we’ve found someone who might not be perfect, but whom is perfect for each other.

A huge thank you to LunchClick, because I wouldn’t have met Kris without you! To all the cynics and skeptics out there, our story is living proof that dating apps DO work – all you need is a good attitude and an open heart. – Lijia

Kris is a teacher and Lijia is a Research Engineer by profession. The couple got married on 5 November 2016.